I, ______________________, do hereby pledge to undertake this service with dedication and courage; with dilligence and transparency; with dignity and compassion. I will always be inspired by the ideals of PHUL(Purity, Honesty, Unselfishness and Love); of justice and equality; of integrity and generosity; of efficiency and co-operation. I commit myself to the pursuit of unity  and to ignore all differences of race, gender, caste or creed in the course of my life and duty; to be the voice of the voiceless, in all my words and deeds. I will strive to bring positive changes to all who meet me as I perform my tasks with firmness and belief, concerning all principles I stand for...so help me God!


It was amazing to witness how 29 probationers of the Meghalaya Civil Services, batch 2012 coalesced with each other, leaving aside their antecedents of belonging to a specific hills tribe or the other, within 6 days of specially designed program on 'Ethical Leadership and governance' held at IofC, Asia Plateau, Panchgani, June 11-16, 2012. A HUGE DEPOSIT TO IIC'S CHARACTER BANK OF INDIA, INDEED!


The state of Meghalaya was born in early '70s without blood bath or bad breath with significant role played by  IofC(then MRA), and a huge contingent of 38 members of political significance had arrived here from Meghalaya at the time of inauguration of Asia Plateau. And now, a very spirited young generation of MCS probationers are going to create history by taking the above oath, the seeds of which were sown here at AP, in the presence of their Director General, Training, and other high officials. The India I care session had done a magical impact on them.

These young men and women, with majority of their background of being teachers, professors, and police officials, are full of life. They mingled very well with the Siemens and Kirloskars' member participants in the parallel training program for industries called 'Heart of Effective Leadership', and jointly put up a brilliant Talent's Night program, enthralling all with typpical Meghalaya spirit of Music!

HOW WE WISH THAT THE YOUTH TODAY EMULATES THE SPIRIT SHOWN BY THE MEGHALAYA YOUNGSTERS!

Do give your feedback please.

Email ThisBlogThis!Share to TwitterShare to FacebookShare to Pinterest
Labels: IIC Islands of Excellence, Positive side of India

Who Cares? or, Who Cares!

It is a great transition. 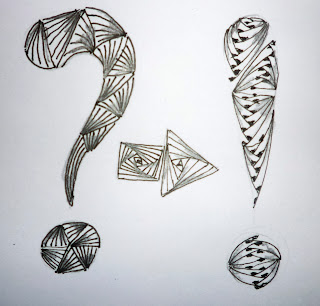 Neha, one of our young IofC members suggested this title for a program on India I Care and Environmental concerns at the Asia Plateau, Panchgani for a very distinguished group of senior H R managers from various corporate entities early this month. And this title set me thinking.

Question mark to exclamation would mean transiting from being part of the problem to part of the solution.

Mr Uday Chobe of Skoda Auto India Pvt Ltd, a participant for whom it was a second exposure to the IIC program pulled out his credit card from his wallet and showed the counterfoil of the Character Bank of India deposit slip he had filled up during his previous exposure, and narrated his story. Sticking it up to the Credit card, he said, helped him to refresh his commitments every time he used his credit card! One of his commitments was not to break traffic rules. He suffered an expenditure of Rs 78,000/- as repair charges for his card as he stopped his car at the turn of the signal to red, and a speeding vehicle behind him banged into his.

But, he says, he has not diluted his resolve to obey the traffic rules.

Thank you Mr Chobe, your story will inspire many.

The month of June has brought in many many groups of people in the fold of IIC, and we shall talk about it in the next post.