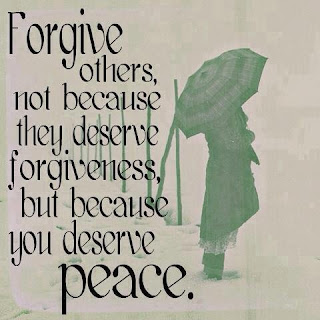 Think  it over... and send your feedback.

Dilip
Posted by Dilip Patel at 8:31 am 2 comments:

WE didn't start the fire...

..It was always burning, the Indian version.


Please send your reactions, comments on this video.

Dilip
Posted by Dilip Patel at 11:28 am No comments:

Email ThisBlogThis!Share to TwitterShare to FacebookShare to Pinterest
Labels: Interesting video on India

When bureaucracy takes it to their hearts, a lot can be expected..

Last week saw the culmination of 12th Program on Ethical Governance for the IAS officers at the sprawling campus of Initiatives of Change (IofC) at Panchgani, Maharashtra. The focus of these programs is on inducing change at personal level for better governance.

11 editions over the past 8 years, seems to have come of age. The high lights of this program were a more matured participation. The participants belonged to fairly senior cadres (1984 bThe program, afteratch) down to young and enthusiastic cadres of 2001 batch. After the 5 days of eventful, and fun filled stay, a large number of them made some personal decisions/commitments of change. The journey of 1000 miles, they say, begins with first step. They also say that an ounce of action is far superior to a ton of knowledge. Either ways, their decisions directly or indirectly bring in more deposits to the Character Bank of India - the IIC connection!

Let us celebrate their decisions:

One set of decisions, for implementing at work, will have amplifying effect. For example, a decision to start expressing their gratitude to, or becoming less critical and judgmental of  their subordinates and colleagues,   will build a very caring and warm environment, which in turn will help them to discharge their duties with better frame of mind. Many expressed their similar thoughts to improve their office environment, and visitor/customer treatment.

Some decided to tighten up their planning process with morning quiet time, or, invoking support of higher powers through inner guidance.

Some officers had focus on giving all their energies for completion of specific projects that would have wide ranging positive impact on citizens. Even replication of 'India I Care' concept for their state appealed to an officer.

The second set of decisions went closer to their homes and families.

Many have decided to give more, and quality time to their family members.' Talk only that to children and family members which I will do truthfully and honestly myself ', committed an officer.'I will put myself in another's shoes before responding/reacting to him/her', resonated some.

Many decided to tap inner voice for guidance. Some decided to revive hobbies and one would restart writing stories again. There was abundance of decisions to 'be humane' in their dealings with people.

Some thoughts are spared to watch the food and liquor intake, exercise and walk a mile a day, and some have chosen to work on anger management. And one officer has decided to 'forgive' a near and dear one!

In all, a very satisfying outcome!

I think it augurs hope.

Dilip
Posted by Dilip Patel at 3:24 pm No comments:

Email ThisBlogThis!Share to TwitterShare to FacebookShare to Pinterest
Labels: Partners of IIC

This post has been published by me as a part of the Blog-a-Ton 35; the thirty-fifth edition of the online marathon of Bloggers; where we decide and we write. To be part of the next edition, visit and start following Blog-a-Ton. The theme for the month is "...and the world was silent again"

The Deaf World..
...It needs repairing so that it can hear the sounds of silence. 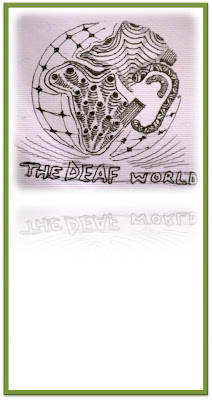 A very gentle sunshine in the morning was providing warmth as a small group of young men and women were beginning their day with soul nourishing process of Quiet Time. Hailing from different parts of India, and indeed the world, they all had gathered together at the campus of  Initiatives of Change( IofC for short), Asia Plateau, Panchgani, to empower themselves to be the harbingers of change.

After the discipline of Quiet Time, the Afghan youth initiated the conversation. He introduced himself saying that he was at the campus for nearly last four months, and that he was student of mass communication just before coming to IofC, and that he had taught at a local school prior to taking up journalism. He further added that in a couple of weeks he will be back in his country, rejuvenated, and ready cause initiatives of change in his personal life, and the life of the society, and the country.

He then asked the group of young men, just arrived the previous night from Kashmir, to introduce themselves, describe their journey, their expectations from IofC, and their aspirations in life. The bunch of  young teachers described the rail journey of more than two days and nights from Jammu to Pune as very tedious.They had started from Kashmir amid a severe cold wave dipping the temperatures to -6 degrees Celsius, boarded their train at Jammu with dense fog and freezing cold, the wave of which continued for several hundreds of kilometers passing through Delhi and entering deep into Madhya Pradesh. However, when alighted,Pune was warm. While getting into the taxi from Pune to Panchgani, they all started imagining the campus of IofC on the basis of the images they had captured from internet.. It was their maiden trip, and majority of them were setting their foot beyond Jammu for the first time.

It was their vociferous senior member who began describing the prevailing realities of their existence, their expectations and the aspirations. The narration was touching the heart.
He said, " we are the most unfortunate generation, stuck between two rifles, pointing at each other. When it suits, both the sides claim us, and when we are in difficult situations, they both express their inabilities. Now we are past being victims of  the political problem. It is now emerging as a huge human problem."

He paused for a while, and continued, " We are all teachers, but do not know what we are doing. Huge spending from the SSA (Sarva Shiksha Abhiyan, Education for All) has created structures called schools, they have also filled them with people called teachers, and the mid-day-meals schemes are in place. All these have benefited, except those for whom the schools are created. There are 'model' schools with better amenities, well equipped with men and materials, and are used as show pieces. The majority of the population has been converted into robots. Our thinking faculties are locked up for more than a generation. A few families are looting the common man. The youth is turning to sex and drugs scandals.The corruption is unimaginably at its zenith." He added jocularly, " You will not receive even a slap if you do not bribe for it."

He further said, " we are at cross roads. Our generation is ruined. We want to at least save our next generation. We have lost more than 250000 young people in this cross fire, though the official figure dished out is much smaller, and we do not want to loose any further..."

A Korean girl interrupted, " even Afghanistan has lost a huge number of her people.."

Yes, said the Kashmiri, "but they know that they are at war..In our case there is not supposed to be any war, and yet killings are going on. One kills his own brother, and does not know why........"

We had begun the morning with Quiet Time, and at this juncture the World around us became silent again.

After a long pause, the Korean girl broke the silence saying," My husband is from Tibet, and even they have suffered.."

A member from Fiji added, " Even Syrians are suffering a similar fate at the moment..."

But my mind was stuck in those moments. silently, but strangely all the recent visuals dished out by the TV channels of the 'brave heart' ordeal, and aftermath flashed through my mind. I saw them as a flicker of hope-it looks like an awakening of the youth is happening, at last...

May also for the Kashmiris, and the Afghans, and the Tibbetans..., and for elsewhere all, awakening of the youth beget from the silence.The World has gone deaf, and needs repairing so that it can hear the sounds of pregnant silence.

The fellow Blog-a-Tonics who took part in this Blog-a-Ton and links to their respective posts can be checked here. To be part of the next edition, visit and start following Blog-a-Ton. Introduced By: net surfing, Participation Count: 03
.
Posted by Dilip Patel at 11:49 pm 7 comments:

Soaring  blooms  of  the spring
do meet the blights of autumn
failing  to life's  challenges
And the giant jungles are
dug out from the coal
mines hinting
life at the
full
.
The
embedded
seeds sprout
again, and again, and
flowers dance at the crest
of life. Life goes on for aeons
and time keeps on pleading the
life's       immortal        mortality.