..From a fifth grade student.

Pushpa Desai of Pune, a follower of this blog, had attended an Educators Conference, ETST, at IofC, Panchgani, in May 2012. She has sent me this cute little story that was told to her by her fifth grade daughter. I reproduce it here for the pleasure of readers of this blog.


"I write this mail to share a beautiful story that was told to me by my daughter, Ms. Uttara Desai, who is in the Vth std.  I was all the more touched the manner in which she came from school and shared this with me.  It is a regular practice for her to come and share the daily happenings in the school and this one particularly touched me and hence I thought of sharing the same.  The best part was her linking this story to what she learnt at MRA last May about Global Warming and Pollution.
The title of the story is : A Lesson for All
This is a story about how animals teach the people a lesson.  The story begins with a scene of a city street, early in the morning littered with plastic bags, cartons, tins, cans, broken glass, old tyres, waste paper balls, bags and other garbage.  As a result of which the people in the city find it difficult to walk on the streets. Bicycle tyres get punctured. Buses cannot ply. People fall and hurt themselves The people in the city are shocked  and are very upset and angry about the inconvenience that is caused to them and their children due to this state.  The people gather together, including the mayor of the city to find out who is the cause for this mess.  That is when the animals from the forest come and own the responsibility for this mess and say that they are the ones who have brought the litter and garbage dumped by the people in the forest back to the city.   The animals tell the people that due to the litter and garbage in the forests, the trees die.  The animals and birds have no place to roost or build nests.  Their young ones get hurt and die.  The fish in the rivers and lakes die because of the chemicals and poisons dumped in water.  The animals then tell the people that when they are hurt, there is no one to care for them.
The people realise that they have done wrong and learn a lesson never to dump their litter and garbage in the forests and never to pollute the water in the rivers and lakes and save the Mother Earth from further harm.  The people thank the animals for teaching them a lesson so effectively.
Thanks,
Pushpa Desai"
I hope we all derive a lesson. Thanks Uttara.
Dilip

Posted by Dilip Patel at 8:06 pm No comments: 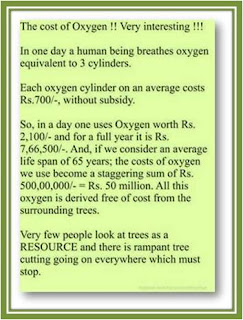 Would you be inspired to plant a tree, and also, some vegetable plants in your balcony, on your terrace, and create RESOURCES?

Please write about the initiatives you are taking.

Dilip
Posted by Dilip Patel at 11:47 am No comments:

We are touted of having a huge human resource ( largest youth population in the World, etc), but how is it being used?

The picture here provides some food for thought. How am I using my resources? 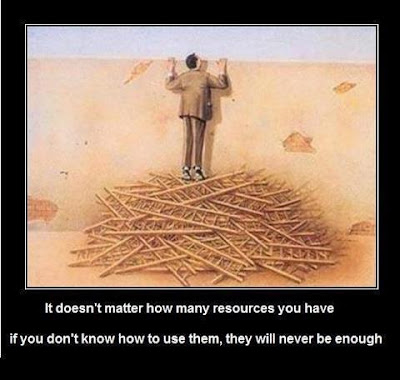 Do send your comments

And Then There Were None...

It is my humble creative effort to present how Menakas of the advertisements across all media are out to shake up Vishwamitras within us, and then turn the tables on and save the very Vishwamitra...:-)


This post has been published by me as a part of the Blog-a-Ton 36; the thirty-fifth edition of the online marathon of Bloggers; where we decide and we write. To be part of the next edition, visit and start following http://blogaton.in/">

Blog-a-Ton
. The theme for the month is "and then there were none"

And then there were none… 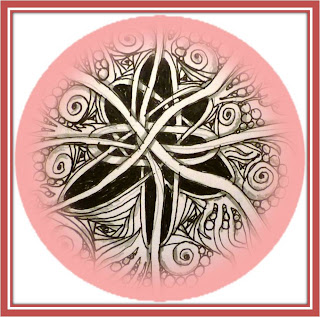 This big head line, at the bottom of the front page as an advertisement in the morning newspaper did attract my attention. No wastage of the whole page, as we have often seen, even some times keeping it fully blank with only a tiny little text  at the bottom! Thus, spanning the entire width of the page with just one line generating desired curiosity, was a brilliant advertisement ploy, I thought. Very cost effective, and on the week end…, certainly a clever move by who so ever would be their advertisement consultant!

And then there were these other pages- politics, crime, city woes, the Nero’s guests on page 3, A bit of wisdom somewhere, opinionated opinions, science, medicine and fright, International relationships and frights, commerce, stock markets news and frights, sports and disappointments…

It is amazing that one could still remain enthusiastic while going to the office. May be because it is Friday! The weekend, and those multitudes of Menakas (er, read advertisements) blinding us to the realities. The whole office dynamics are different on Fridays. Week end mood pulls people together for chats, whenever opportunities arise. Tea break is certainly one such. Normally the topics revolve around planning of the week end excursions, shopping malls, shares, stocks and mutual funds and bungling on the sports arena. Professional jealousies are generally missing on Fridays, unless it is the annual review period.

But, today, surprisingly, many of my colleagues had also noticed that one liner ad- ‘And Then There Were None…’, and naturally the topic of discussion became that ad. How do we all think and behave the same way! Modern life style makes all of us robotics, no? The discussion began. After the initial oohing, and aahing, and praises for the one line marvel by our marketing department guys, people settled down to decoding the ad. What could it be for? Why have they not provided any website address (our intimate connection with the virtual World!) to know more. The marketing guy oozed his wisdom-‘look, it is a teaser ad. Tomorrow they will reveal more.’ ‘It must be some consumer product’, he added. He rattled off about all the similar ploys being adopted by the likes of Apple and Galaxy and many other companies.

The day was over. While heading home, that ad kept on popping up in my mind. Thoughts on rampant consumerism, the lopsided GDP based economic development model and the impending strife in to the society would argue against these advertisements. And yet, I wondered, why was I being pulled in by this advertisement.
Sure enough, the ad was repeated in the same newspaper at the same location next morning. It looked even bolder to me.  But I did not find any further clues. I wondered why they have not even changed the location. Wouldn’t the last page be a better idea?  Anyway, marketing is not my core competence. I left it at that.

But the ad had made a subtle penetration in my mind. I started imagining that the ad must be about a new smart phone. Why smart phone? May be my present one has been draining my resources in repairs and new batteries. May be I am the only guy in my circles not using smart phone. May be I am missing out on myriads of apps that make smart phones smarter.. I tried browsing the net, but the advertising style did not indicate any of the renowned brands.

By the evening I realized that the Vishwamitra in me was losing battle against the Menaka. The thoughts of smart phones was making me dull. I forgot for a while that I am on an experiment of refusing to buy anything new for some time now. My present phone was donated to me by a friend three years ago after appreciating my experiment against consumerism. My not purchasing new clothes for the past 4 years have inspired many. How can I fall prey to the Menakas now? Or, may be, it was just the curiosity which was killing the cat!

I fell asleep in the night while the duel in the mind was not yet resolved. I dreamt that the ad has shifted to the last page, and that it was all about an android smart phone getting emptied on the shelves. The bold wordings made some sense to me- ‘And then there were none..( on the shelves?)’  The new line for this Sunday morning ad read, ‘Don’t Worry, Fresh Stocks Have Arrived’. I just woke up at 1.0 am, so excited that I thought my sub conscious has solved the ad mystery. I penned down the whole story of the past three days verbatim to publish it on my blog extolling the marvels of the subconscious mind. I had a good sleep after that.

I woke up leisurely on the Sunday morning, but got alarmed seeing the ad still on the front page, at the same location, saying, ‘Still Curious, Go to The Last Page!’.
‘Hurrah!’ I said. Wife wondered. I straight flipped to the last page.

The ad read: ‘If the seemingly meaningless words of our ad last two days could induce and retain your curiosity so intensely, you need to be woken up from the effects of the Opium of consumerism.  Let the Vishwamitra in you not be shaken up. Be the change.. Visit www.indiaicare.org.”


The fellow Blog-a-Tonics who took part in this Blog-a-Ton and links to their respective posts can be checked http://www.blogaton.in/2013/02/rules-and-reminder-for-blog-ton-36.html">here</b>

. To be part of the next edition, visit and start following http://blogaton.in/">Blog-a-Ton. Introduced By: Net browsing, Participation Count: 04