..Would haunt me for a long long time.

A few weeks ago I had presented here a story of compassion, 'A Pair of Eyes..', and the visitors to this blog loved it. The story had illustrated the kind heart of the authorities that be, and presented the hopeful side of the Indian Bureaucracy. Here is yet another story from even higher echelons of the Indian Governance, and of higher impact..

We are blessed here at Asia Plateau, Panchgani, the training and reconciliation center of Initiatives of Change in India, that we get opportunities to serve the representatives of a variety of Industry and Government power centers As this post gets uploaded, we would be bidding farewell to the 14th batch of the Indian Administrative Service officers after engaging them for five days on a  program on 'Ethical governance'.

The story below got narrated to the participating officers as a personal experience by an Ex Cabinet Secretary, and first Governor of the then newly formed state of Jharkhand. His name is Mr Prabhat Kumar, currently President of an advocacy outfit called ICCFG - Initiatives of Change Center For Governance, New Delhi.

Here it is in his own words-

Instead, the eyes were asking questions. They were not blank; they were dark with ominous foreboding of a future-less  present.

They were 235 boys and girls between the age of 5 and 12, as I found out later, who saw us on a forlorn patch of dusty road on my way to a holy place. 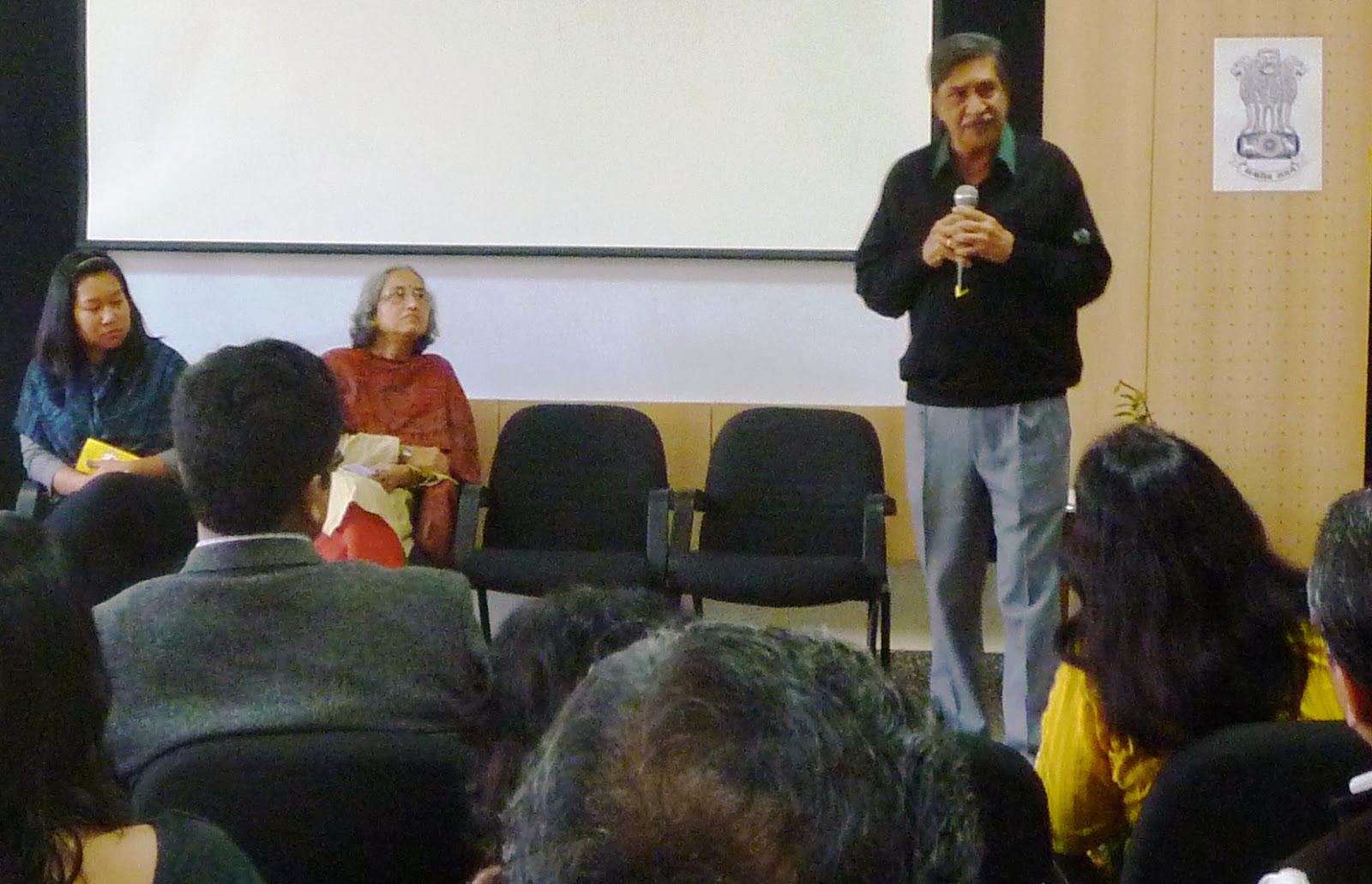 They were silent, but they seemed to be screaming at me.

But let me start from the beginning.

I had been the Governor, the very first Governor of the newly formed State, Jharkhand, hardly for a fortnight when it was suggested that I visit some districts of the state to familiarise myself with it. So, with an entourage of some officials and a minimum security, I set forth towards Rajarappa in Hazaribagh district (which only 15 days ago was part of the State of Bihar). Rajarappa, they said, was the mating place of two holy rivers- Damodar and Bhairavi, a male and a female river in that order ( Incidentally, in the Indian mythological folklore, there are only two known male rivers in the country, all others rivers are Goddesses) There for rajarappa was a Sidhpeeth.  The other male river is Brahmaputra.

On the way, the cavalcade slowed down on a dusty patch and I saw those 235 children lined up on both sides of the road. They were in their faded school uniform - blue shirts and khakhi shorts/skirts. But what shocked me was another part of their uniform - crutches! Every girl and boy were supported by a pair of  crutches, each one of them!!

I asked the driver to stop, and I got out of the car. I wanted to meet their teacher, who too, incidentally, was supported by a pair of crutches.I got us being led by him to his school much against the advise of my accompanying staff and security.

It transpired that the teacher, himself suffering from the disability, had decided to run a free school for the polio stricken children from the poorest families of the neighbouring districts. The 235 children came from several districts. The children had to be contend with the extremely unsatisfactory dormitory facilities in the dilapidated building on the village land which doubled as class rooms during the day. The meager expenditure of the school was met by the Panchayat, and some donations in cash and kind, mostly kind, by the villagers.

The teacher and his students were very happy that the Governor of the State had graced their school with his visit. The school had perhaps even  not been visited by the district magistrate.

But, I was not happy. I asked the entourage to return to Ranchi, the capital, and asked the teacher to accompany us.

The rest of the story is very short. The medical superintendent of the Guru Nanak Charitable Orthopedic Hospital was invited to Rajbhavan and was requested by the Governor to examine each and every child for corrective surgery free of charge. The Governor presented a couple of computers from his discretionary fund to the hospital as a sort of gratitude.

In months to come, most of the children underwent corrective surgery and threw away their crutches.

The short point of personal reflection is that I did not consider myself to be particularly a compassionate person, and that I do not remember hearing any voices that day. I do not even have any other explation, except that perhaps i was compelled by those eyes to stop there on that dusty stretch of the road.

I did visit Rajarappa later, not forgetting to pay a visit to that school again

Isn't it an amazing story of compassion, and what a gubernatorial appointee should be doing for his subjects?

May the tribe of the likes of Prabhatkumarji grow!

Please do leave behind your comments here.

Dilip Patel
for IIC Team
Posted by Dilip Patel at 12:54 am No comments:

Email ThisBlogThis!Share to TwitterShare to FacebookShare to Pinterest
Labels: India I Care and IAS, Interesting stories

...was the new slogan Mr Rajmohan Gandhi gave to the 4th batch of MCGM engineers. 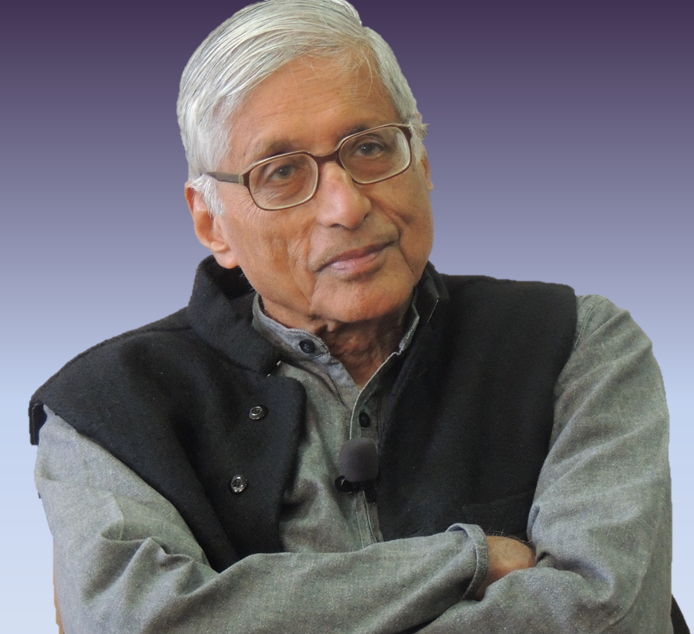 It was just a coincidence that Mr Gandhi was at the campus, Asia Plateau, of Initiatives of Change, and the 4th batch of the season 2 of the senior executives of Municipal Corporation of Greater Mumbai were undergoing a training on Ethical Governance at the same time a couple of weeks ago.

So, the batch got an opportunity of having an informal session with him. The participants were thrilled to hear from Mr Rajmohan Gandhi some interesting anecdotes about his grand father, Mahatma Gandhi. Rajmohan was around 12-13 years old when he lost his grandfather in 1948. However he shared those little tidbits he could recall about his childhood. 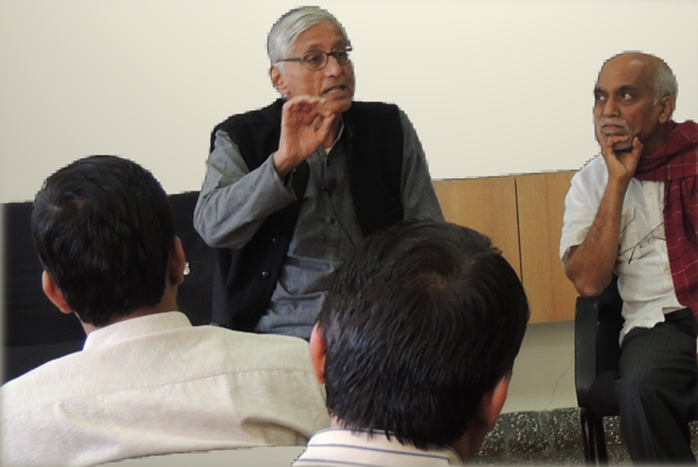 An interesting question put up by  a participant was, how are the family members of Mahatma Gandhi today carrying out the legacy of him. And the answer was, with tongue in cheek, that Gandhiji was called 'Father of the Nation', and hence, the responsibility of carrying out his legacy falls on the entire nation, and not only his immediate family :-) 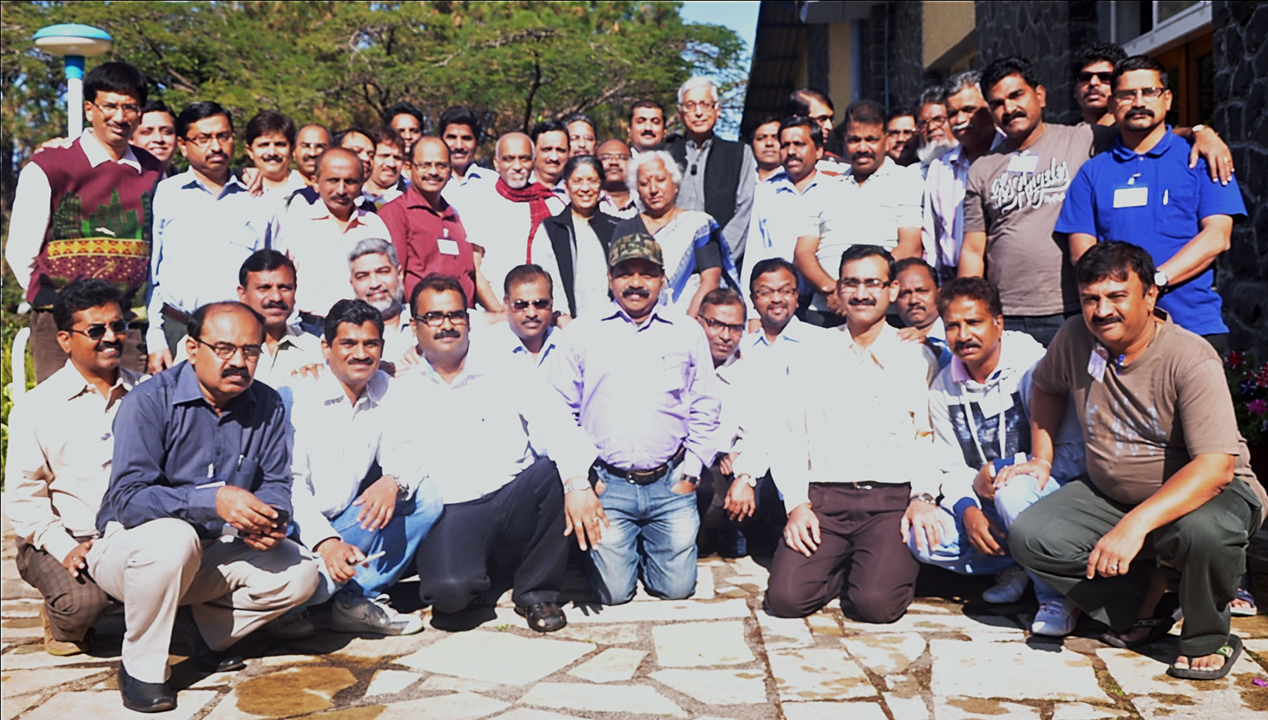 Rajmohan's parting advice to the members of MCGM was 'Do your work, and conduct yourselves in such a way that others, outsiders, foreigners tell us - Tera Bharat Mahan'.

I think it is a great thought for all of us.